The NIMR Research Advisory Board chaired by Prof. Oyewusi Gureje held its first meeting of the year on the 19th of July 2022.

The Director General of NIMR, Prof. Babatunde Lawal Salako provided updates on the institute’s research activities and the implementation of the new strategic plan (2022-2026). A progress report on NIMR Foundation and updates on ongoing projects within the institute were other noteworthy aspects of the meeting. 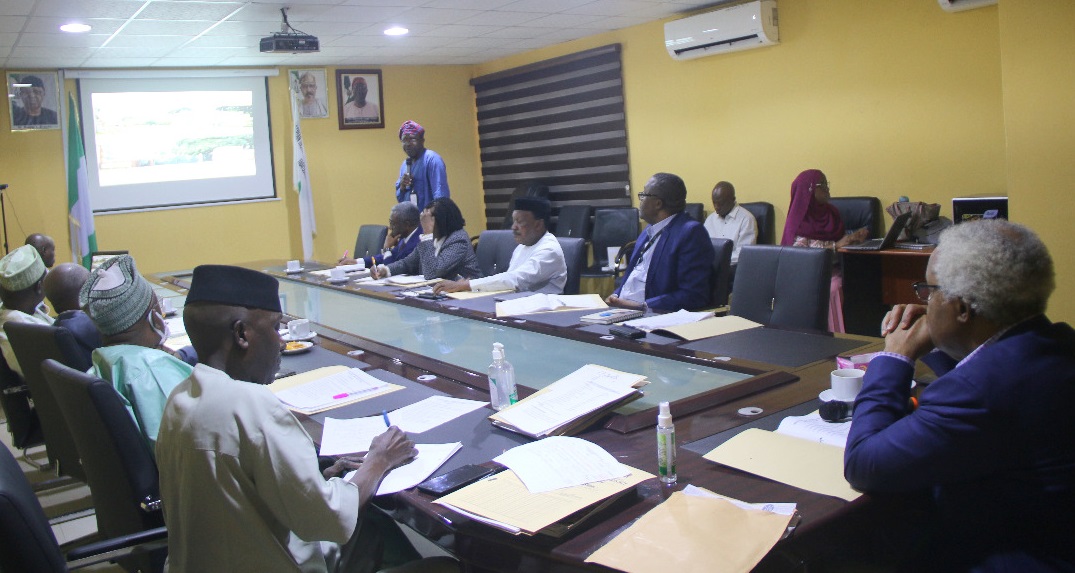 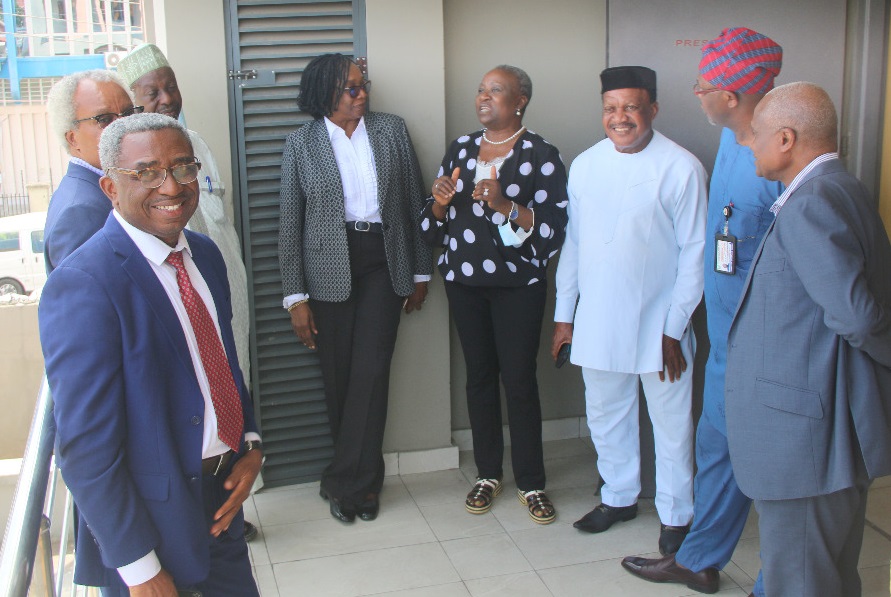 Members of the Board gave recommendations for the institute’s advancement while commending the institute for its accomplishments to date.

The African Helicobacter & Microbiota Study Group, an initiative of AHMSG Ltd./GTE, was launched on the 27th of June 2022 by Prof. Babatunde Lawal Salako, DG-NIMR.

Prof. Stella I. Smith, Director of Research at NIMR and President of AHMSG, says the group is made up of renowned scholars from eight African countries, including Nigeria, Tanzania, South Africa, Cameroon, Egypt, Kenya, Senegal, and Morocco. 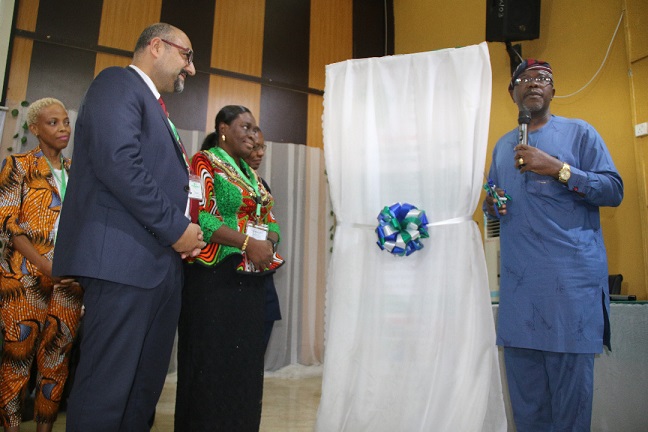 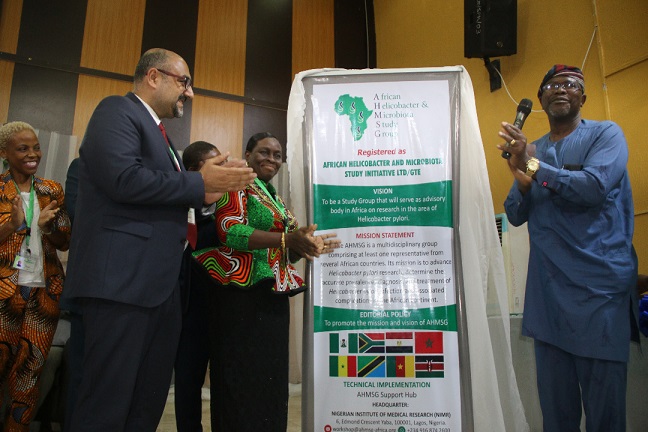 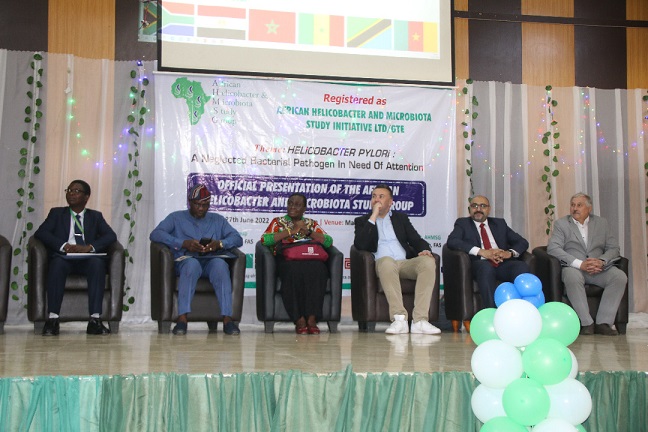 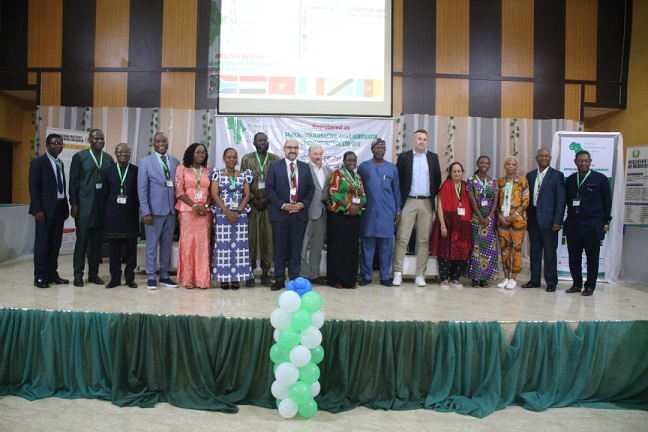 The AHMSG, with the Secretariat located in NIMR, is commissioned to advance Helicobacter pylori research in Africa with the aim of establishing guidelines for appropriate management and treatment of Helicobacter pylori infections in the region. The launching of the AHMSI activities included a 2-day workshop to deliberate on modalities of achieving the aim of the research study group.

H. pylori is a type of bacteria that infects the stomach and small bowel of the human host. The pathogen has been linked to a variety of gastric disorders such as peptic ulcer disease, gastritis, gastric mucosa associated lymphoid tissue, MALT, lymphoma, and gastric adenocarcinoma, which has been reported in half of the world’s population.

Representatives of the Nigerian-American Public Affairs Committee (NAPAC) Foundation, MABO Foundation, and Nigerians in the Diaspora Commission (NIDCOM) paid a courtesy visit to the Director-General of NIMR Prof. Babatunde Lawal Salako on 21st of June, 2022.

The visit is centred on exploring brain gain and collaborating with NIMR on a possible transfer of technical expertise or technology skills from renowned experts in the diaspora in the areas of basic, clinical, traditional complementary and alternative medicine research, and drug discoveries in infectious diseases, diabetes, and cancers. And also in providing technical support in the areas of DNA recombinant technology in the space of vaccinology and sourcing of funding equipment to support new and ongoing research endeavours in the institution.

In his response, Prof. Babatunde Lawal Salako, DG-NIMR, highlighted some of the innovative efforts of making NIMR a leading medical research institute in the sub-Saharan region. The team commended the conducive working environment, research outputs, and modern-equipped laboratories necessary to forge international collaborations. 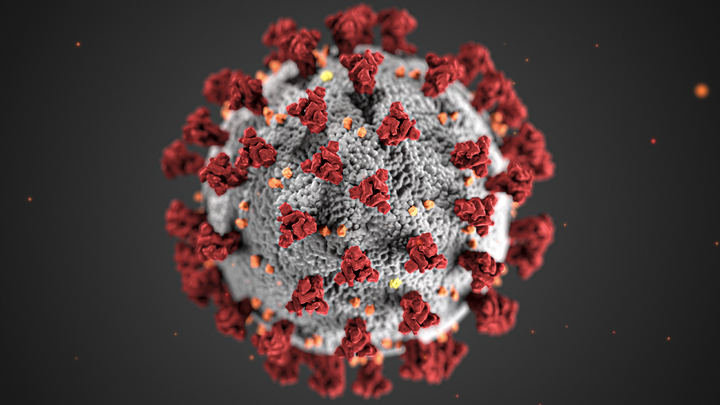 “How might we promote HPV vaccinations for girls and HPV screening for women in Nigeria?”

Hurray! NIMR Foundation is three! It has been an awesome 3 years of research evangelism and ...building capacity for translational research in Nigeria. Cheers to more amazing results and impact in the years ahead!
#nimrfoundation #translationalresearch #celebration #nimr #nigeria

At the Senate Committee on Health public hearing, pushing for the establishment of a Medical or ...Health Research Council for Nigeria. A few issues were raised but we hope for the best.